Bon Marche Mews
London
Seven new terraced houses, designed using
a palette of brick and zinc.
The house are stepped in plan to maximise
privacy between them, whilst also incorporating
open plan living spaces, 3 large bedrooms
and an integrated garage. 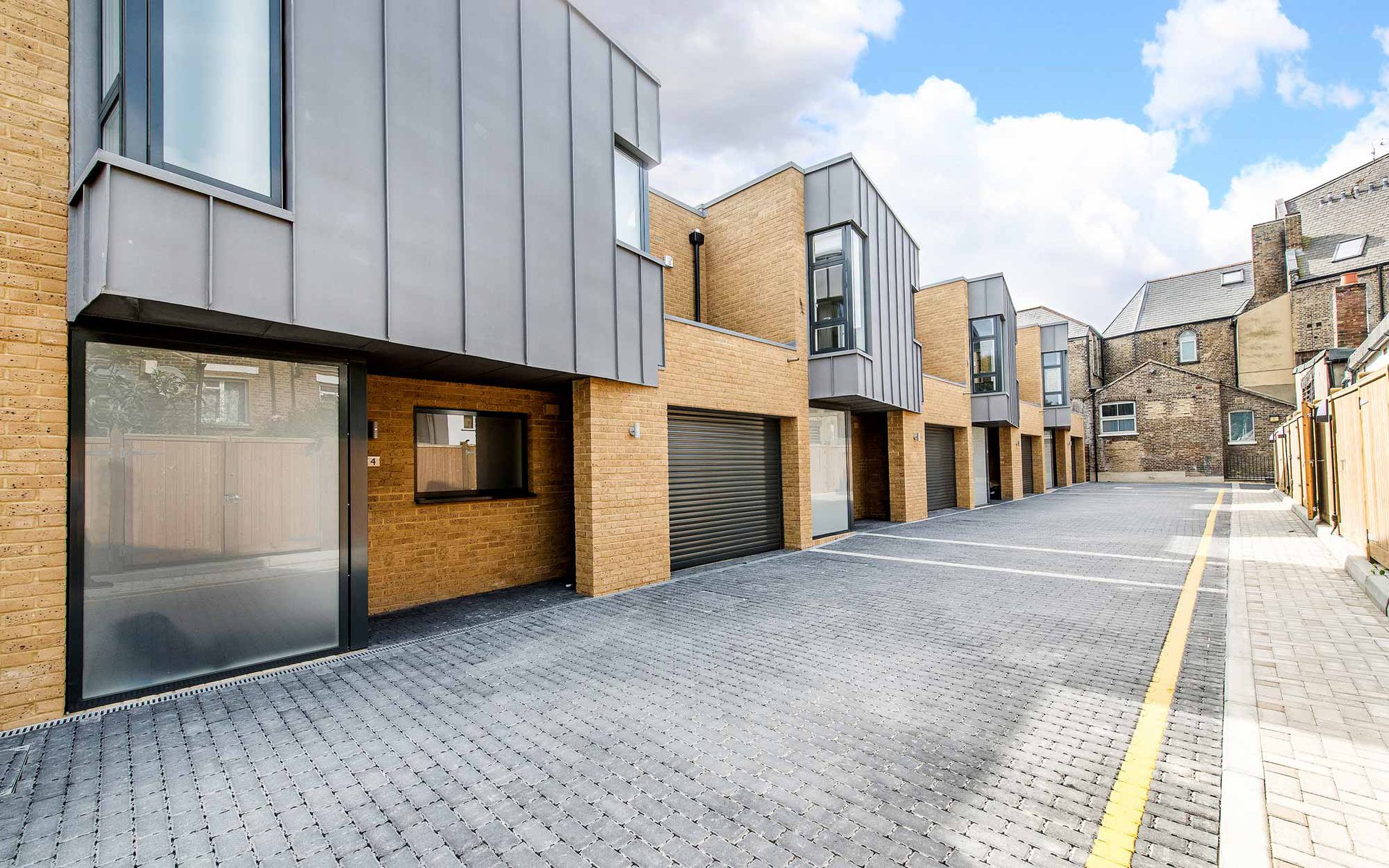 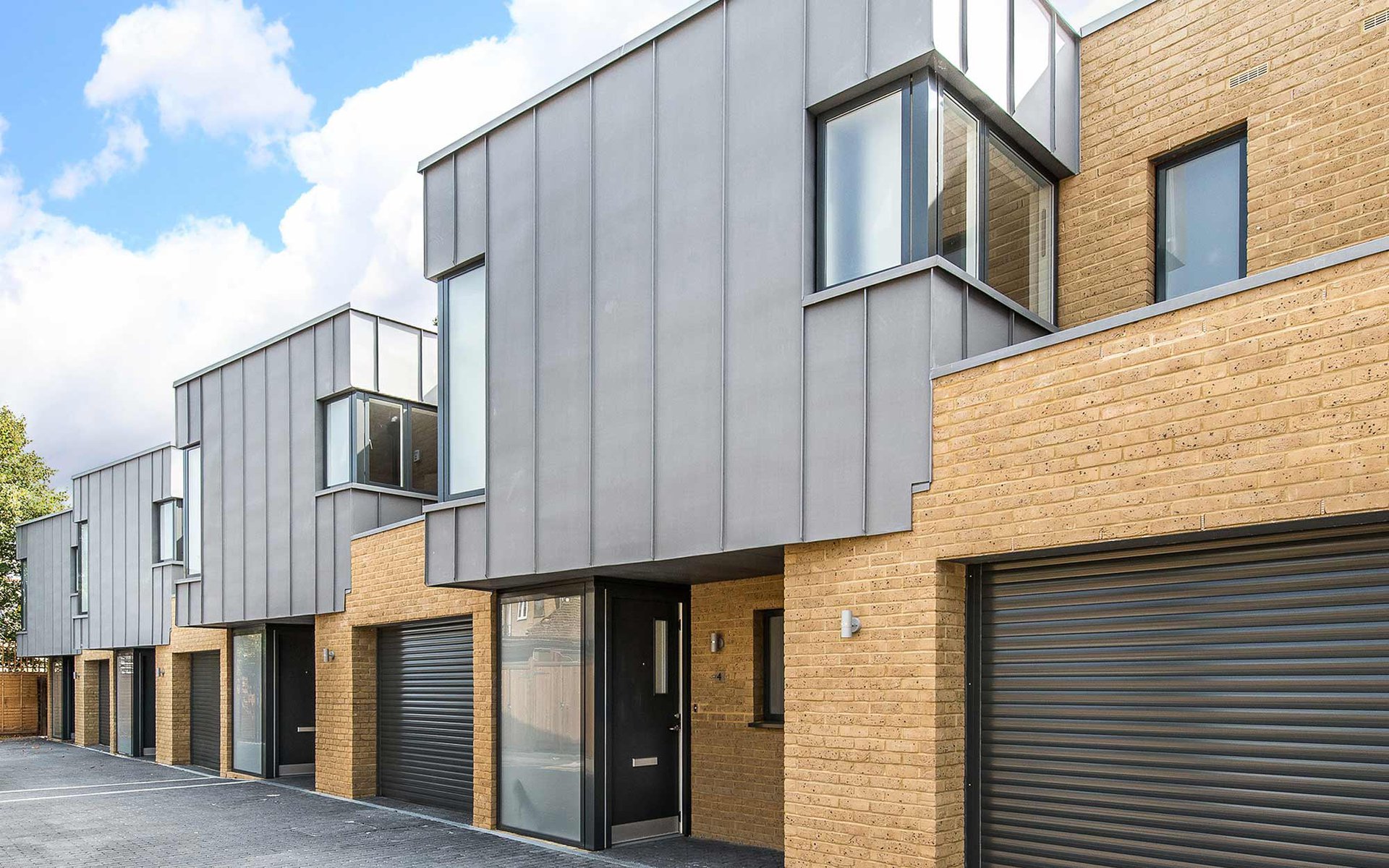 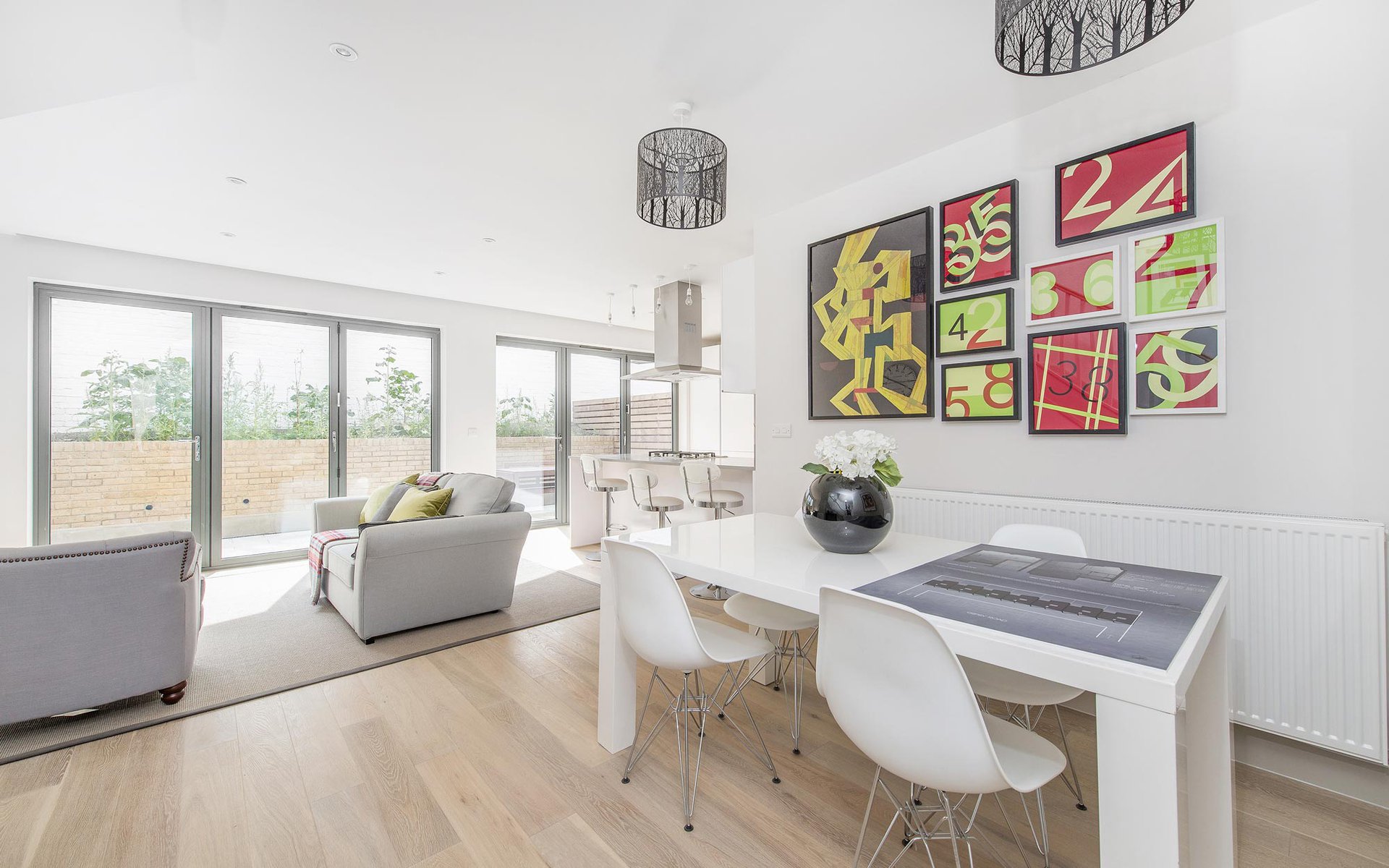 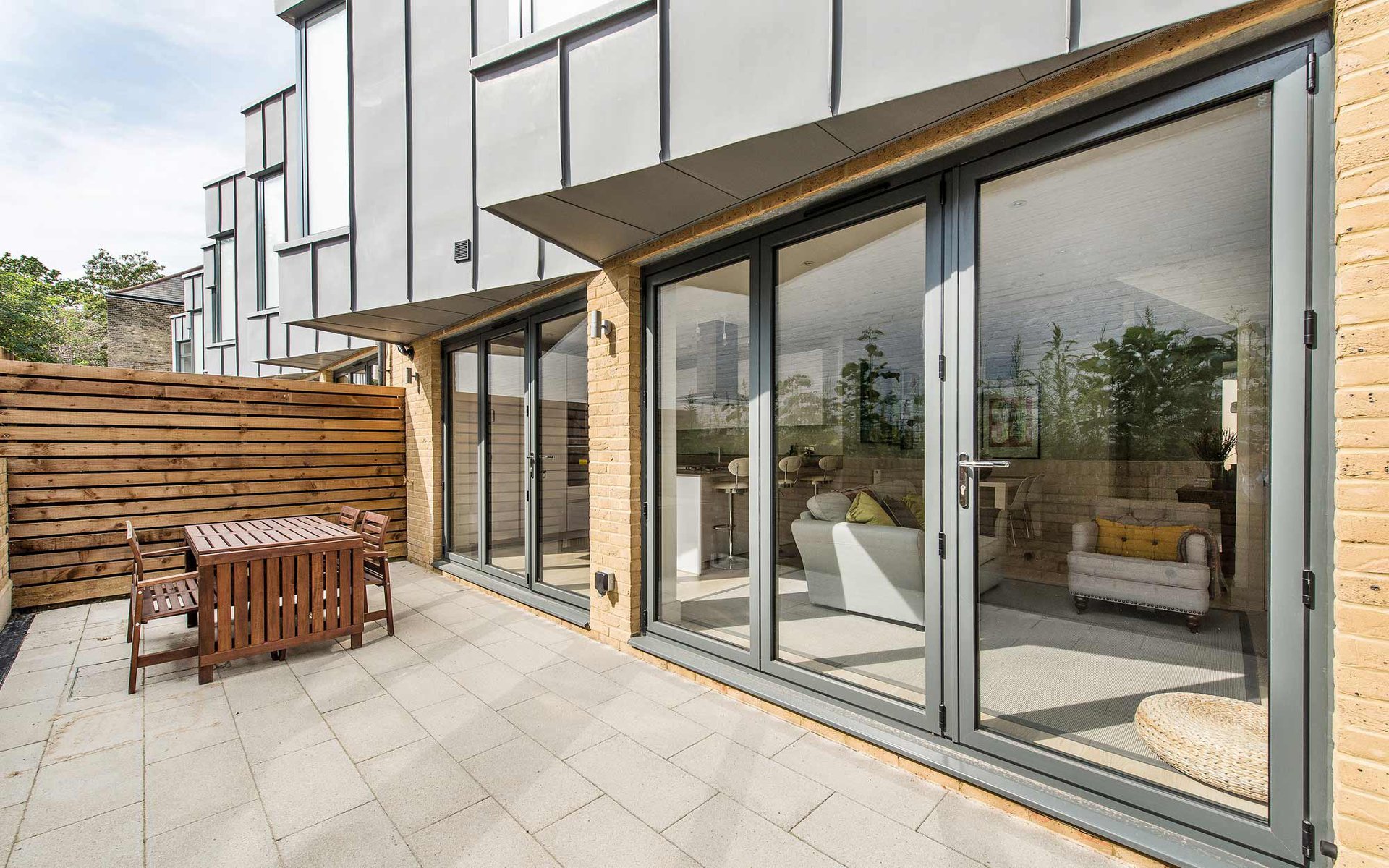 Details
Project
Bon Marche Mews
Location
London
Stages Completed
3-6
Description
Previously a car mechanics yard, this site sat vacant for a number of years prior to its development. The long narrow site has vehicular access at both ends and sits behind a terrace of shops on a small high street in South East London.

Seven new homes have been built in a contemporary terrace which all include a private garage and rear garden space.

MortonScarr was appointed to add value to an existing scheme, produce technical design and assist on site. The layouts were significantly changed from the planning approved scheme to create a more desirable layout for the potential buyers following in-house market reviews. Bedrooms were relocated, re-planned and an open plan space was formed at ground floor level with dual aspect light. Extra bathrooms and ensuites were added to the layout.

The external materials were changed to create a more modern palette suitable for the area and a number of internal features were added including rooflights, feature light and kitchen designs which have added to the bright feel to the interiors. 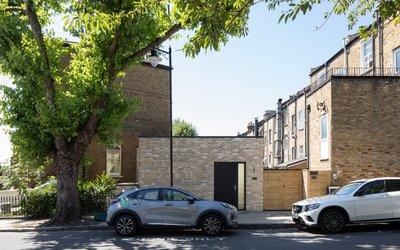 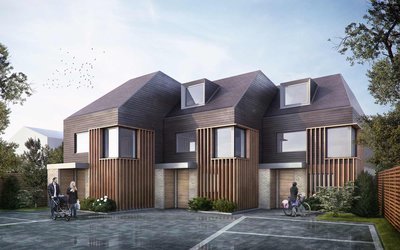 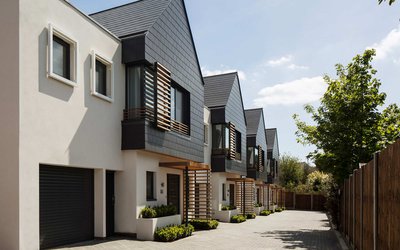 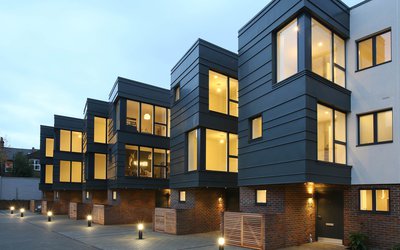