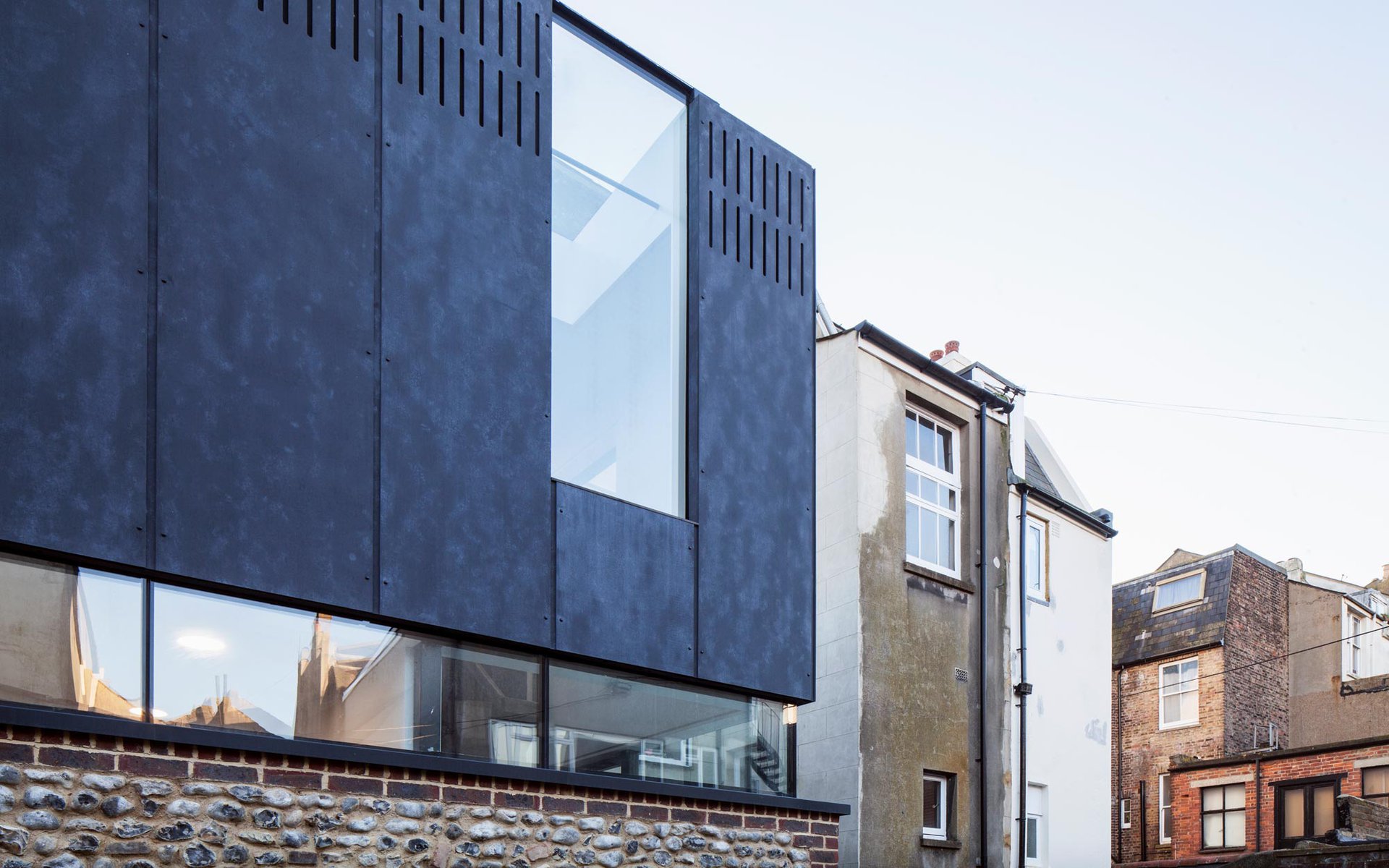 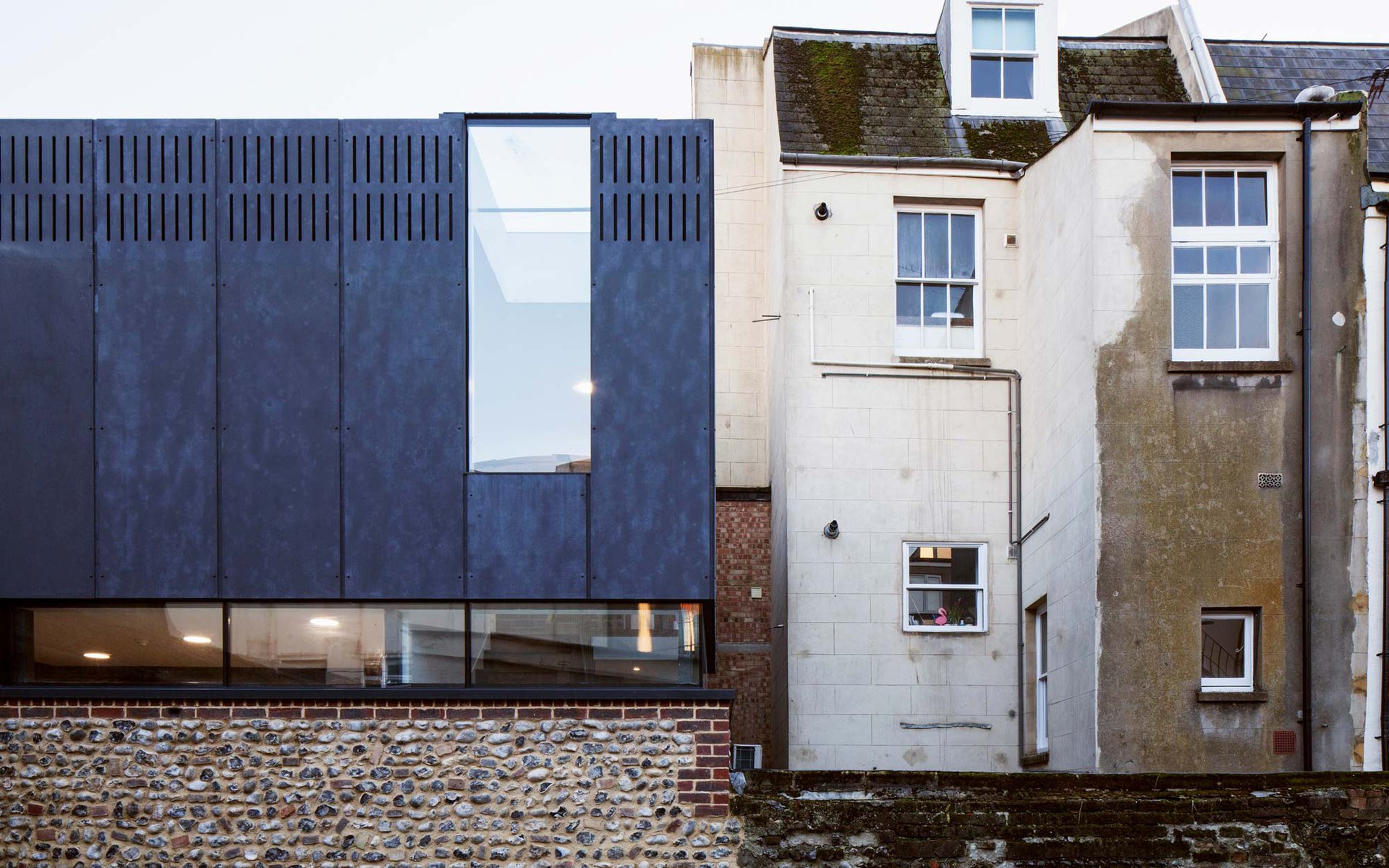 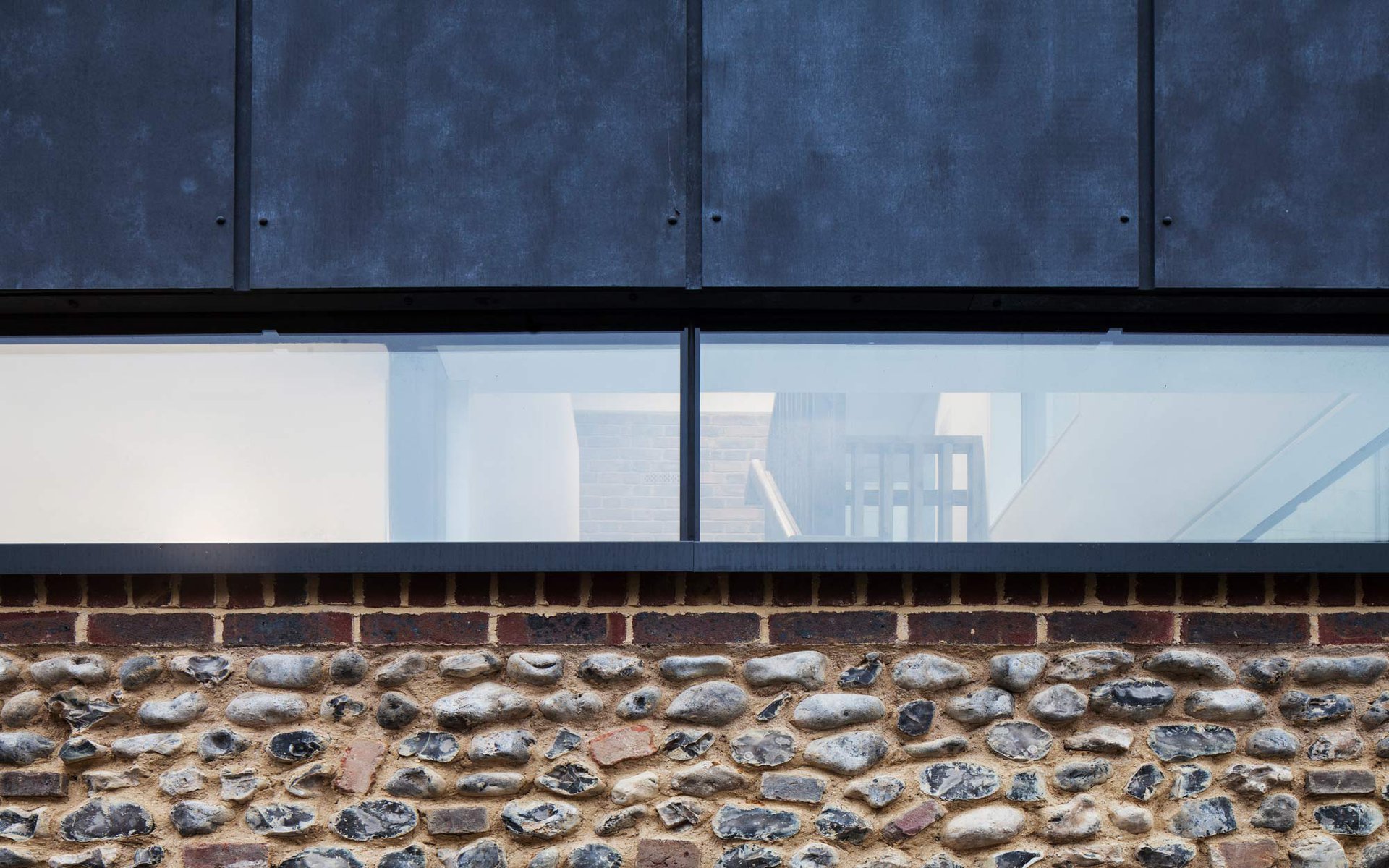 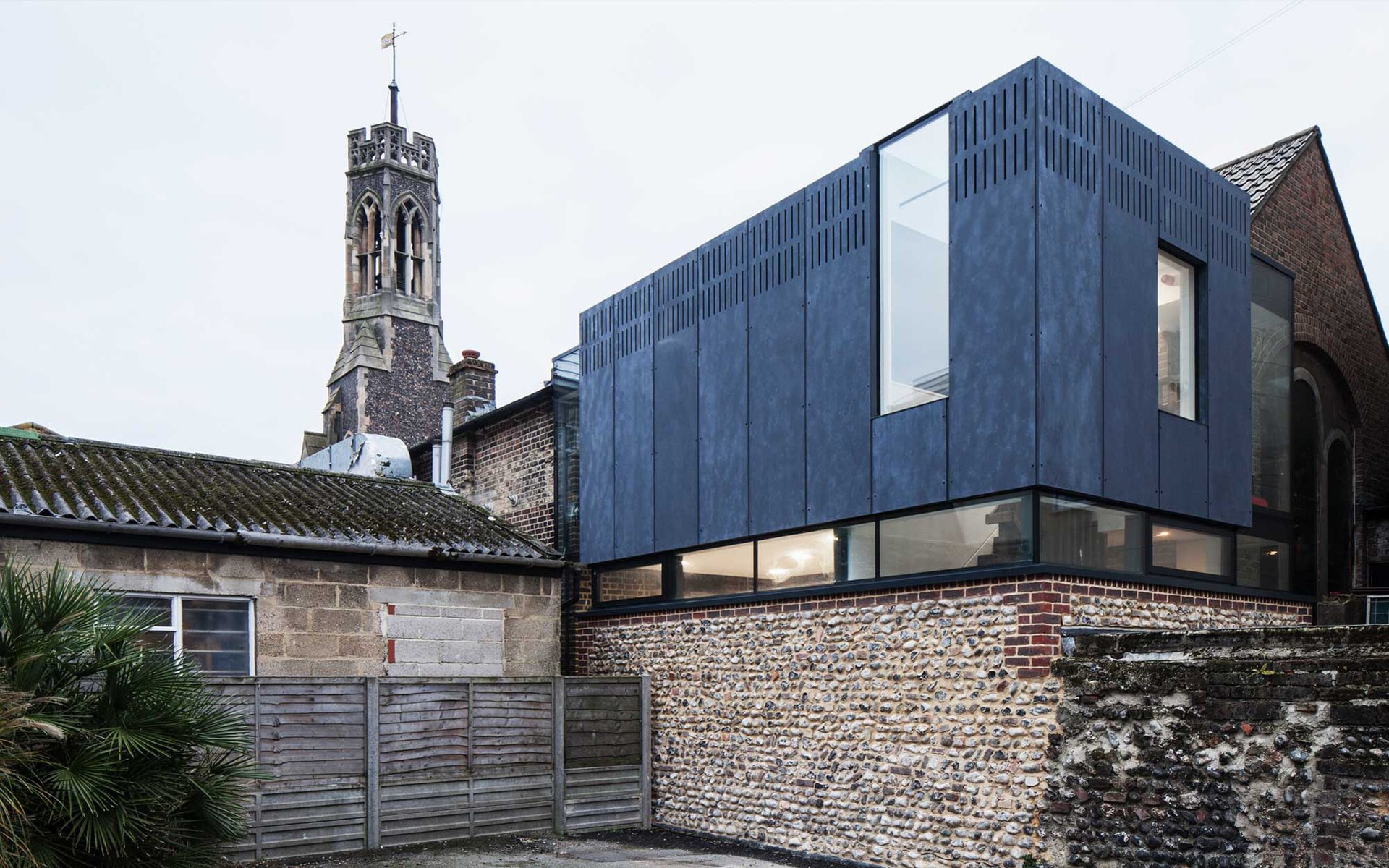 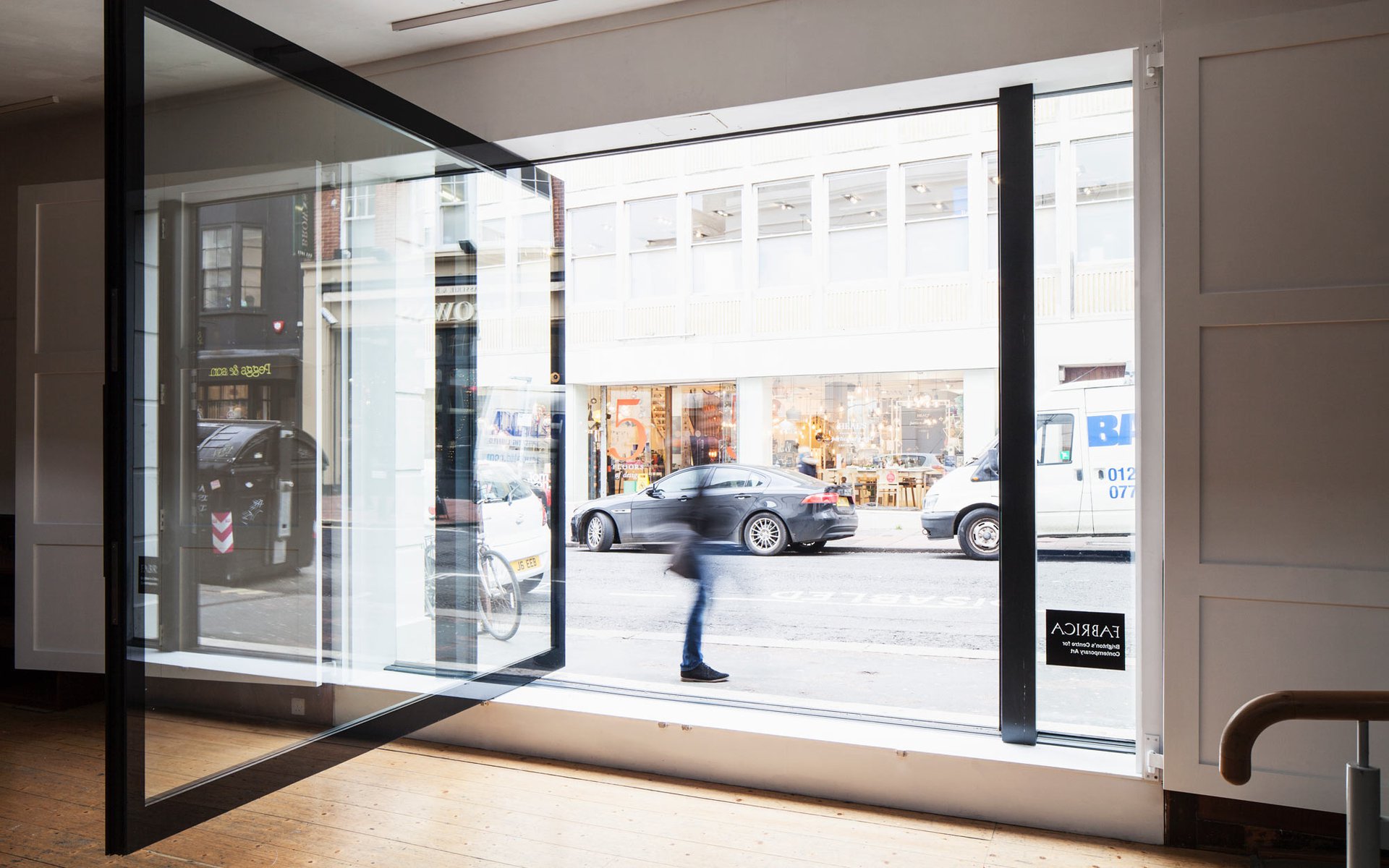 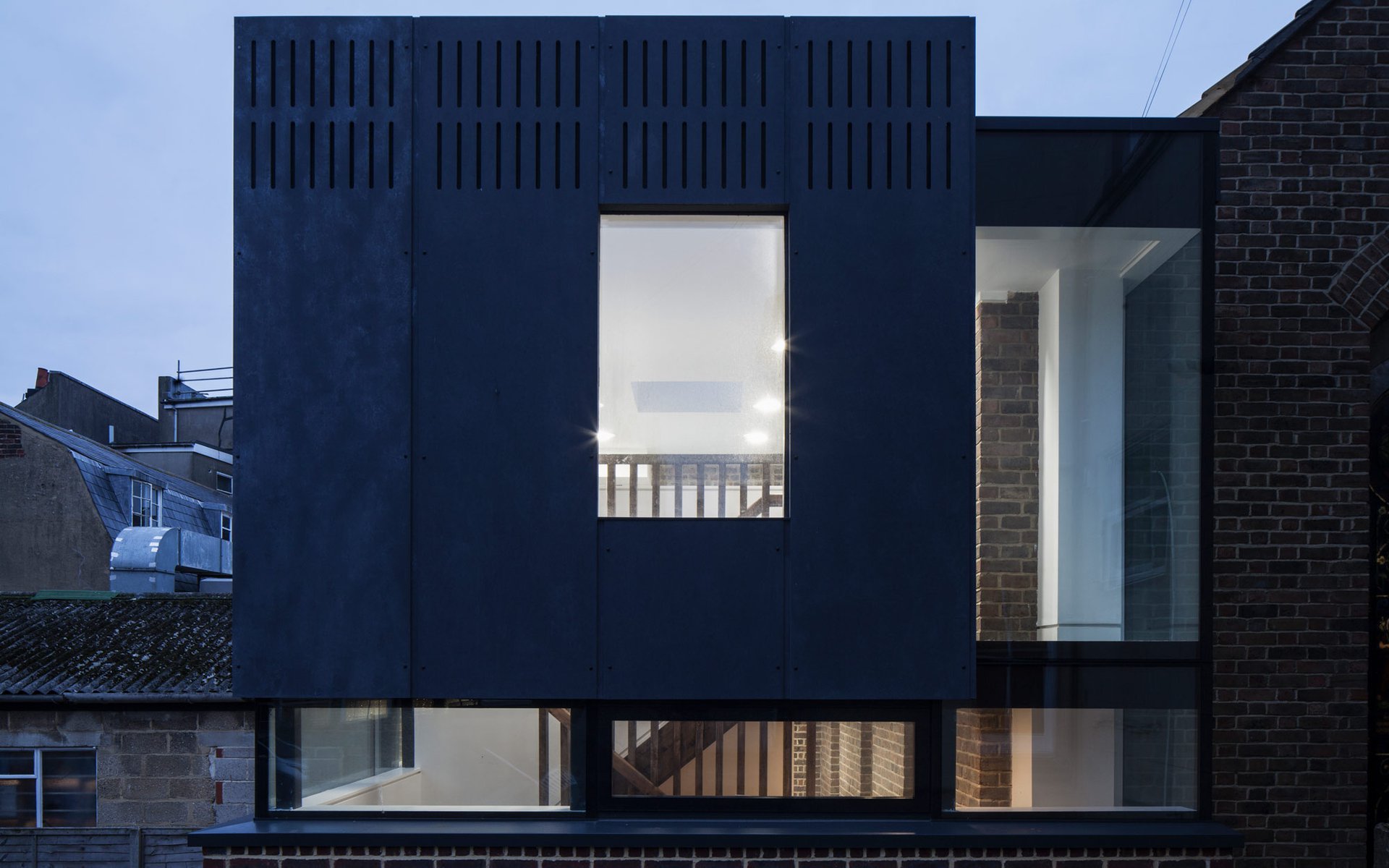 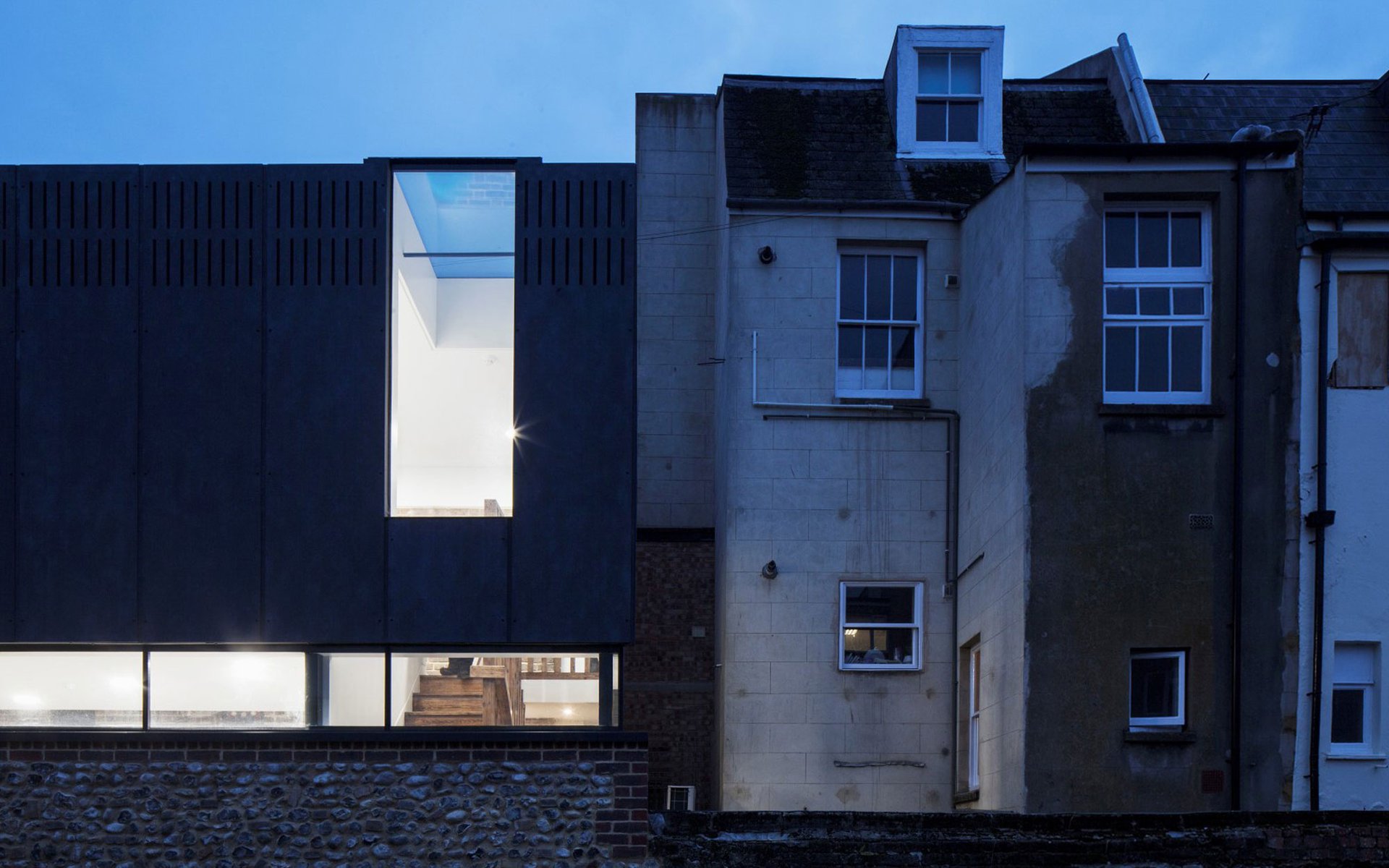 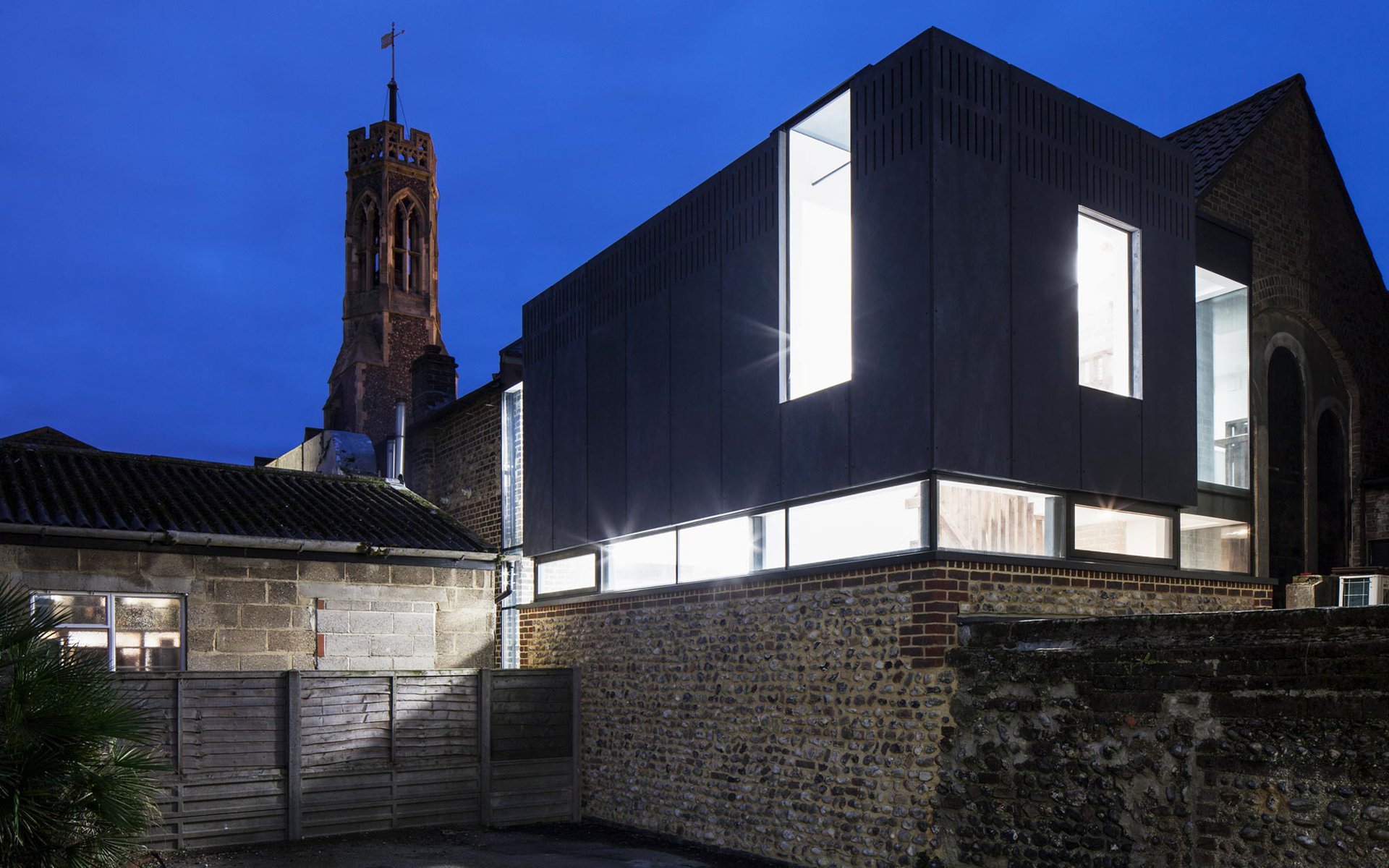 Details
Project
Fabrica Gallery
Location
Brighton
Stages Completed
1-6
Description
Fabrica is a visual arts organisation located in the centre of Brighton’s Laines, which commissions contemporary visual art installations specific to the building, including artist such as Anish Kapoor and Brian Eno. The organisation is housed in a Grade II Listed former church which has undergone significant changes to its appearance over the years, starting out as a Regency building with a stucco rendered façade, followed by the introduction of a knapped flint neo Gothic front façade and spire in the late Victorian period.

Despite the inspiration that the building brings to its visiting artists, it was lacking in space for the running of the organisation, including admin offices, meeting areas and a store rooms which double up as a room to service functions held within the building.

MortonScarr was appointed to design an extension to the building, located in place of an existing store room on a tight land-locked rear corner of the site, alongside a new shopfront window for the gallery. We proposed contemporary three storey extension, providing two storeys of office accommodation, alongside a ground floor Utility/Store room. The layout also resolved historic accessibility issues for wheelchair visitors. Planning and Listed Building Consent were granted in 2015.

Our strategy was to design a contemporary extension whose form and materials responded to the challenges and opportunities presented by the existing building and its ecclesiastical features. The design consists of a sculpted cube clad in grey cement board panels that rises above an un-knapped flint wall. This contemporary aesthetic provides a clear contrast with the older parts of the building, whilst maximising usable area on an incredibly tight site. Slot glazing and roof lights provide natural light and ventilation to the proposal, whilst balancing the heavy mass of the cladding panels.

In addition to the extension, existing timber loading doors were replaced with a large shopfront window improving the visibility and on street presence of the gallery. This window also pivots open to allow access for large exhibits.

Only visible from a private goods yard behind the building, the extension is design as a hidden jewel. Sensitive to its relationship with the existing building, the proposal provides long term economic viability for this important arts institution. 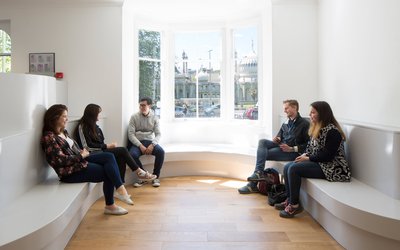 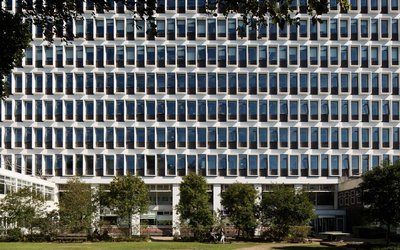