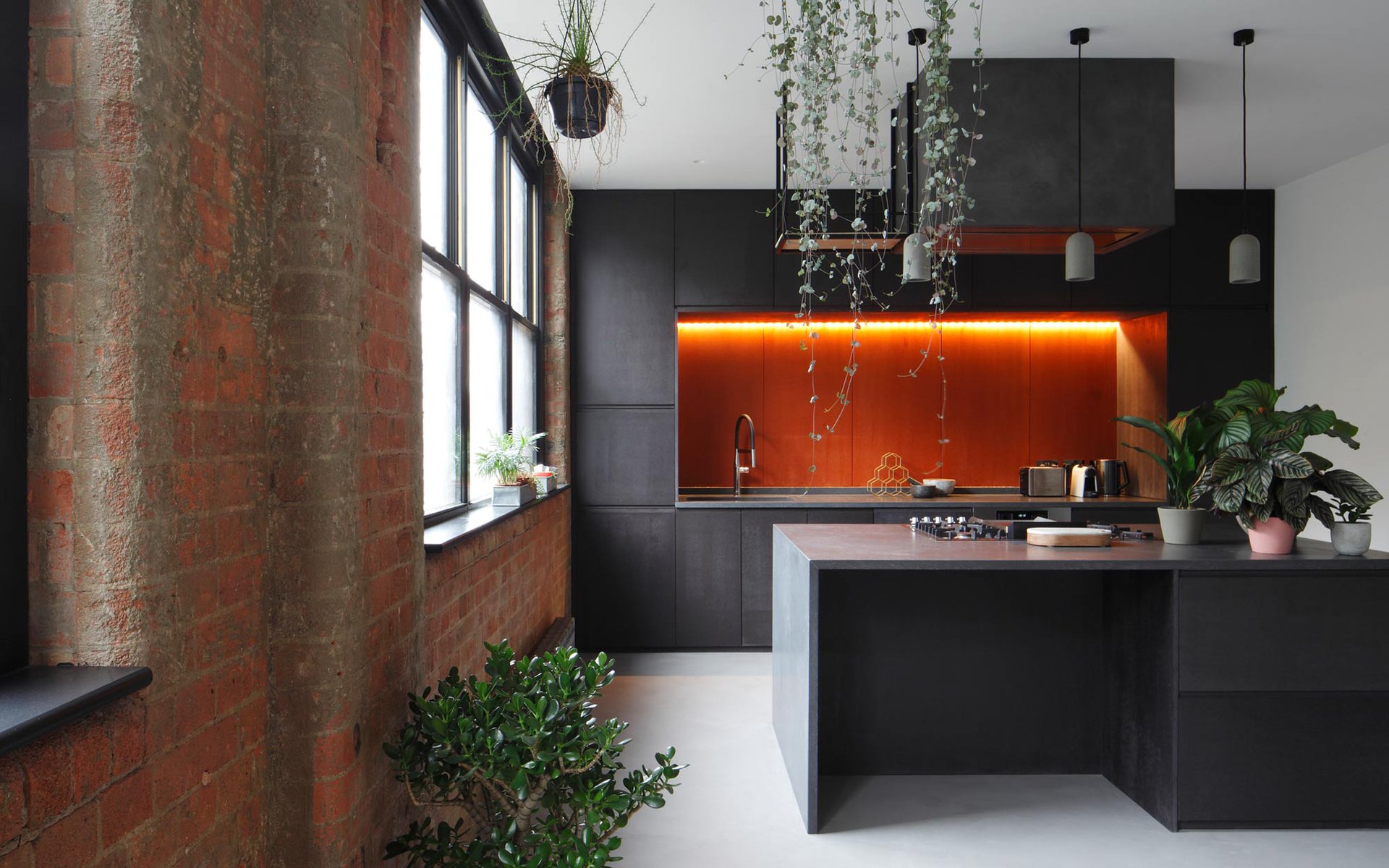 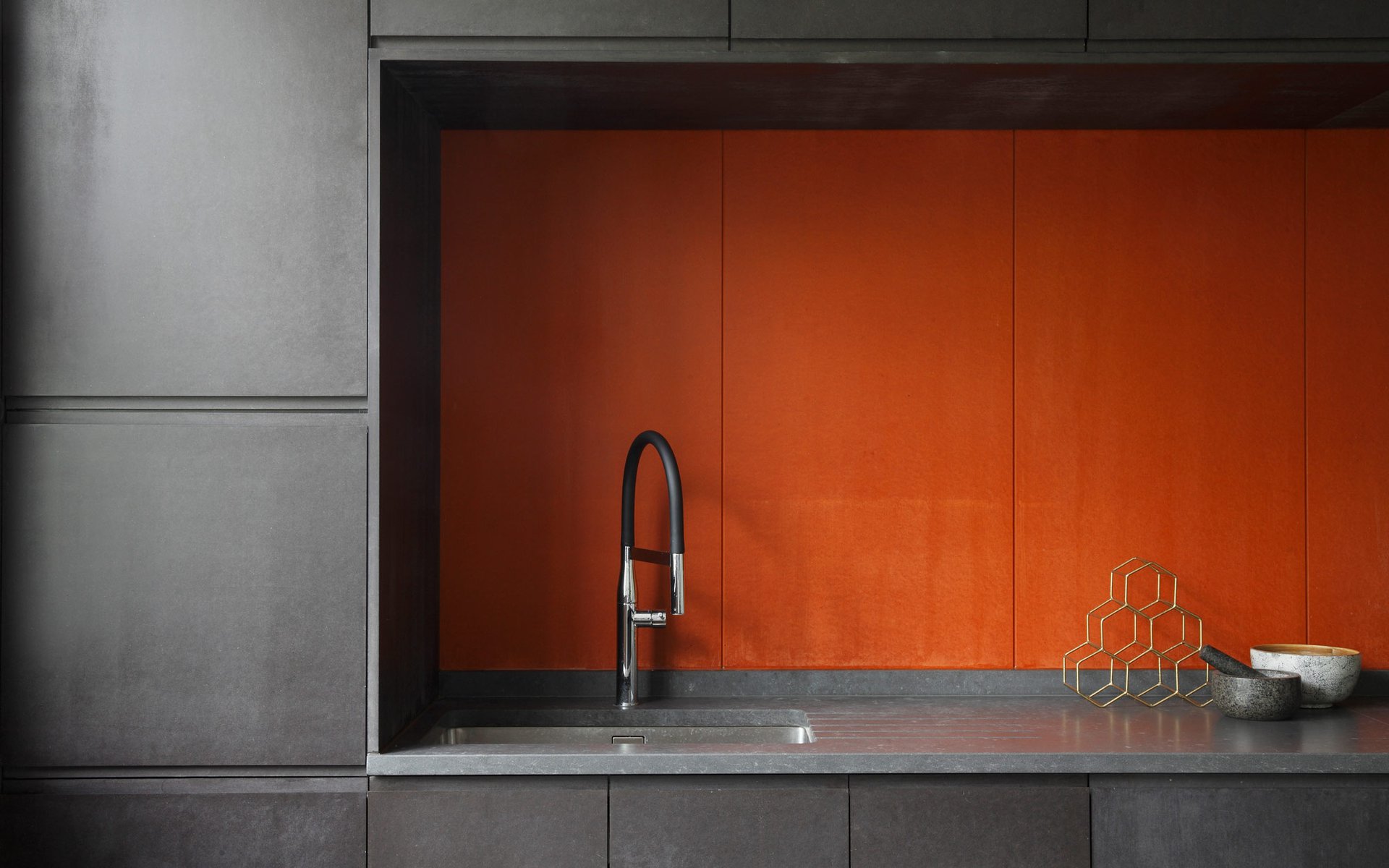 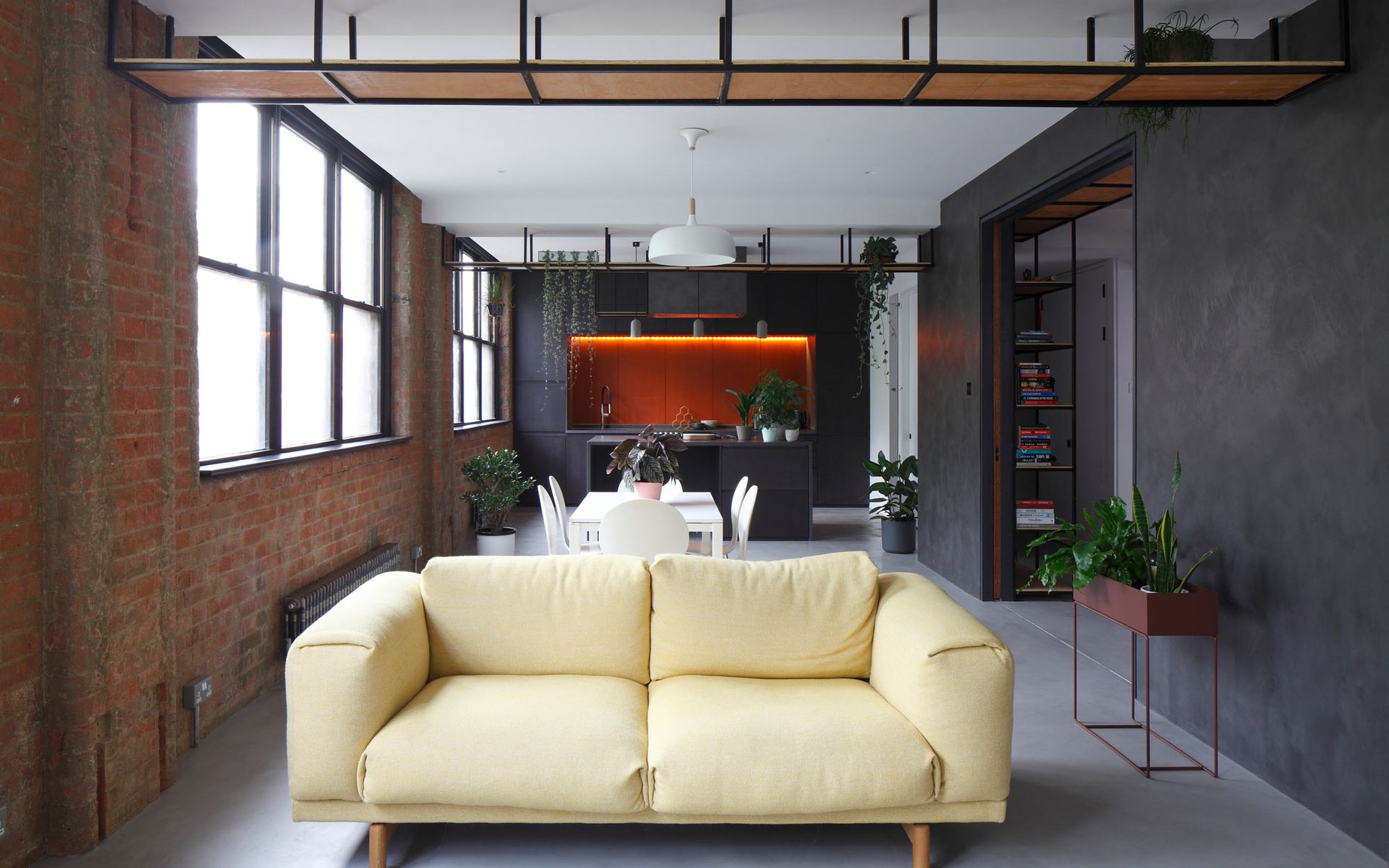 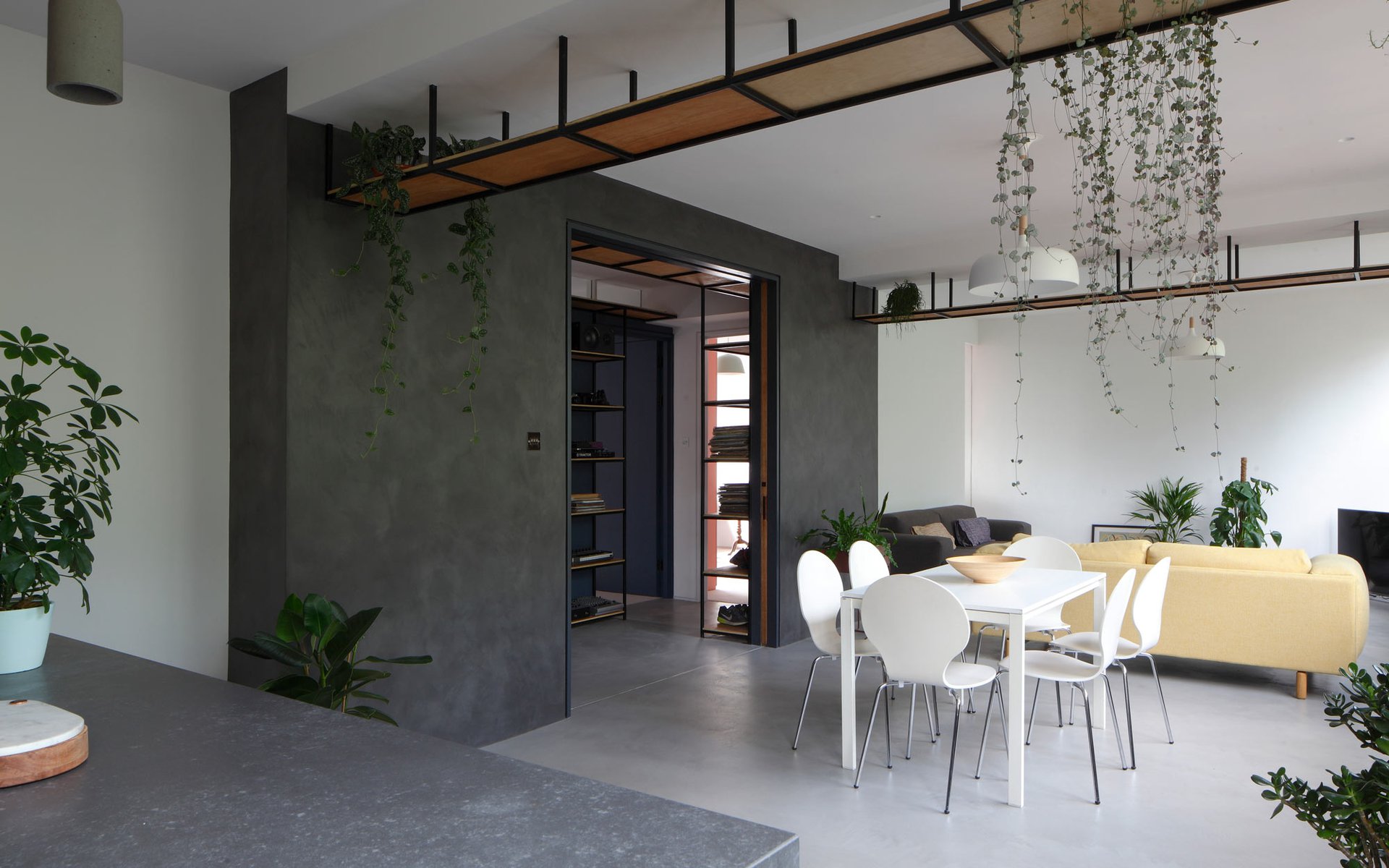 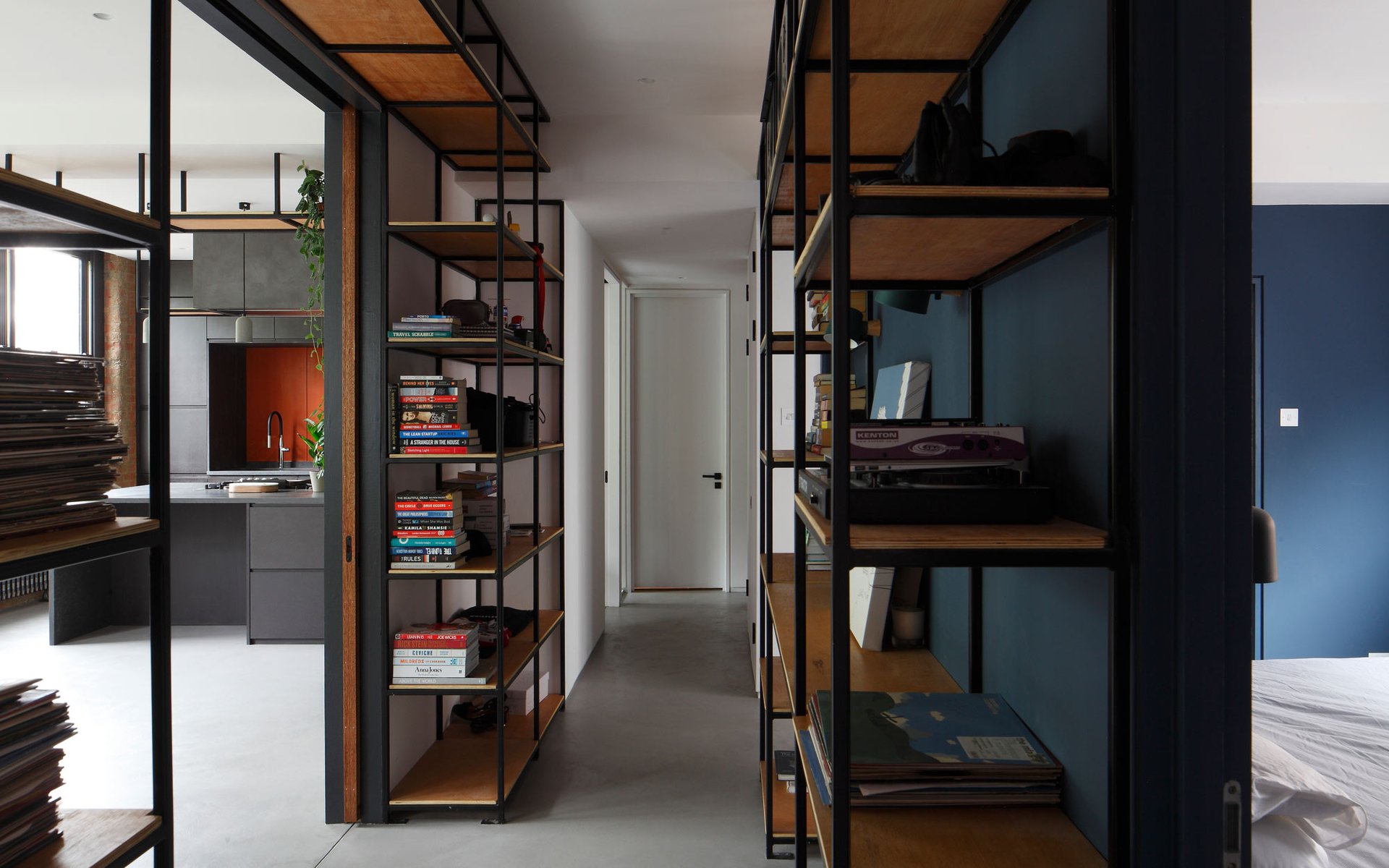 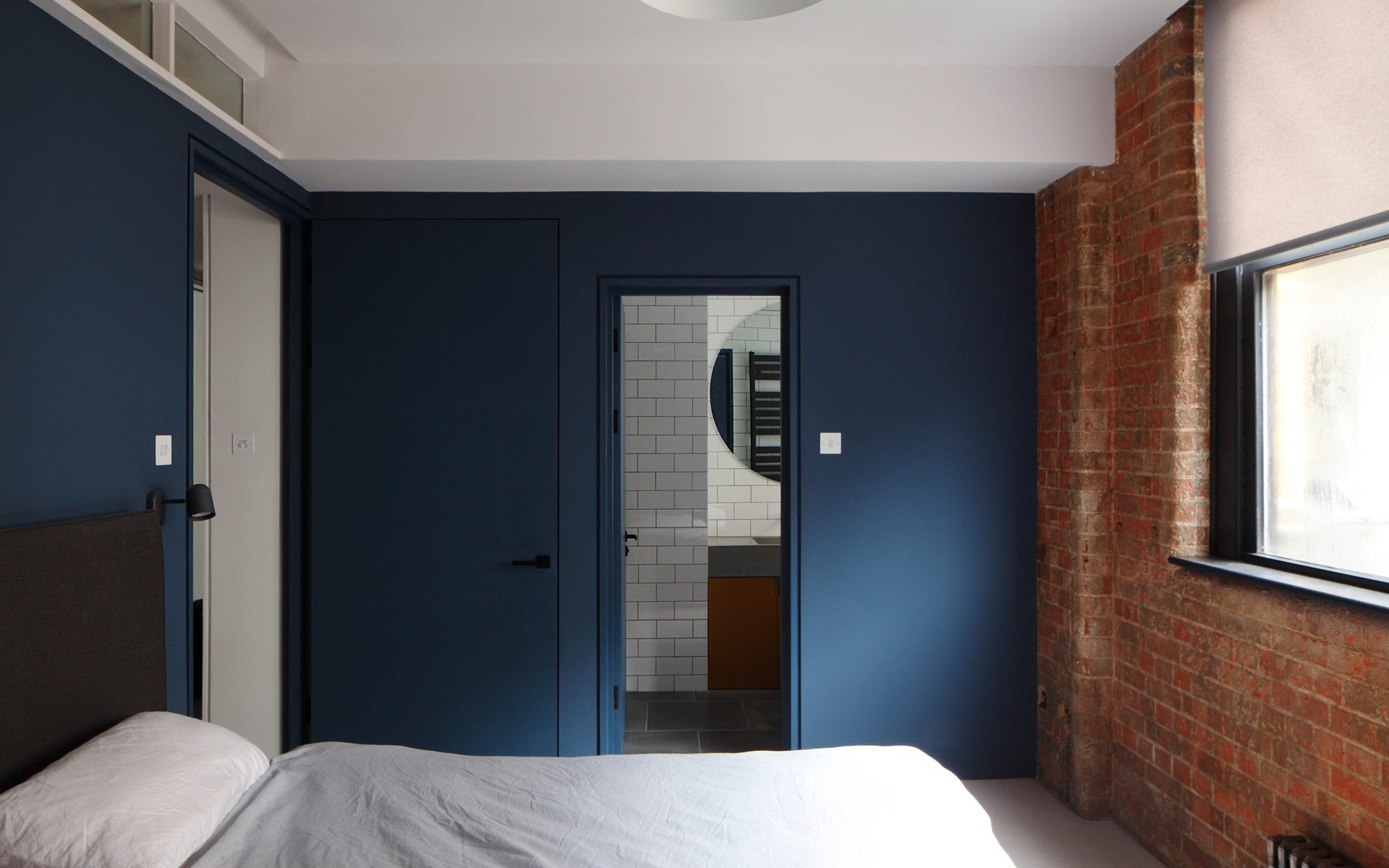 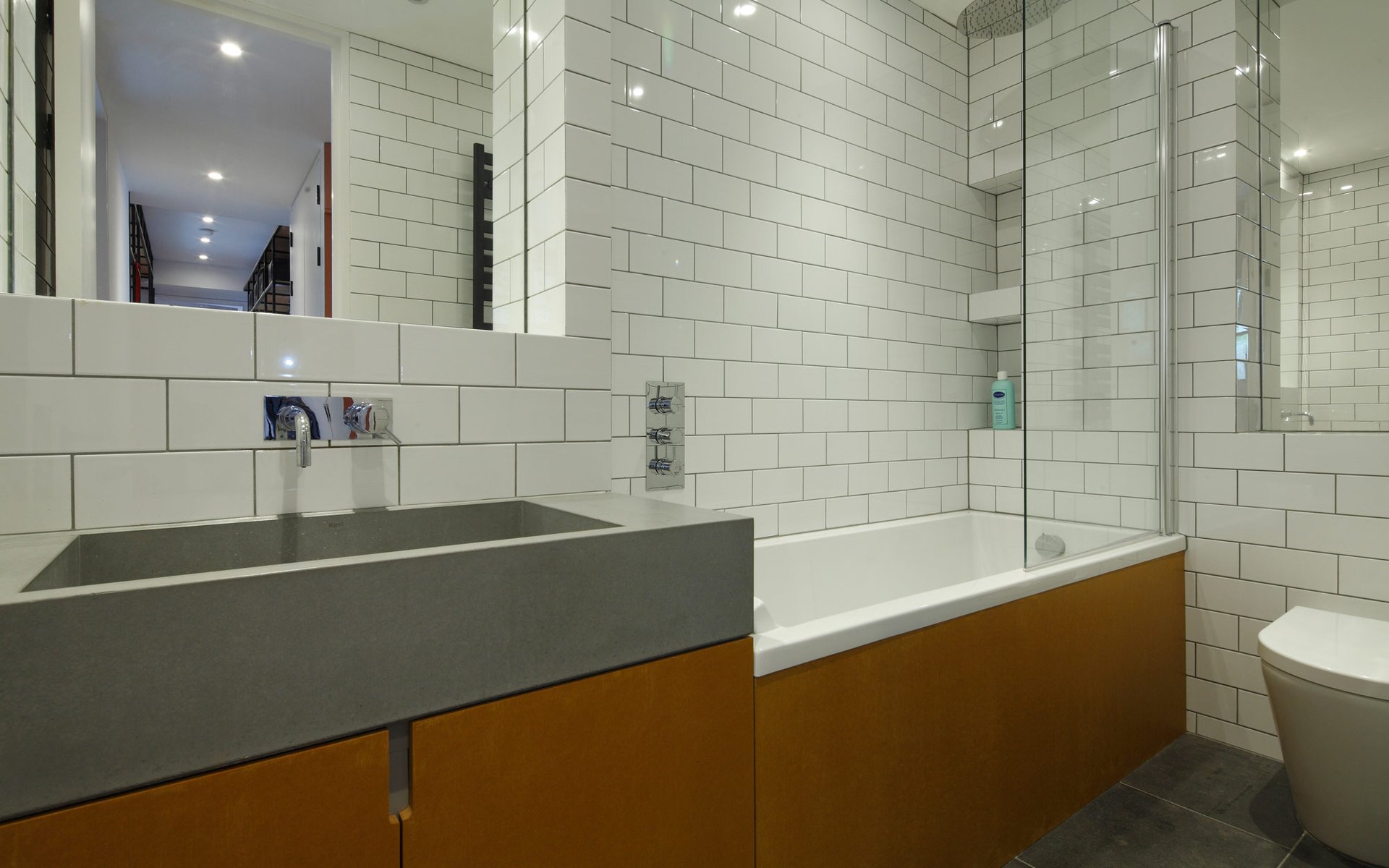 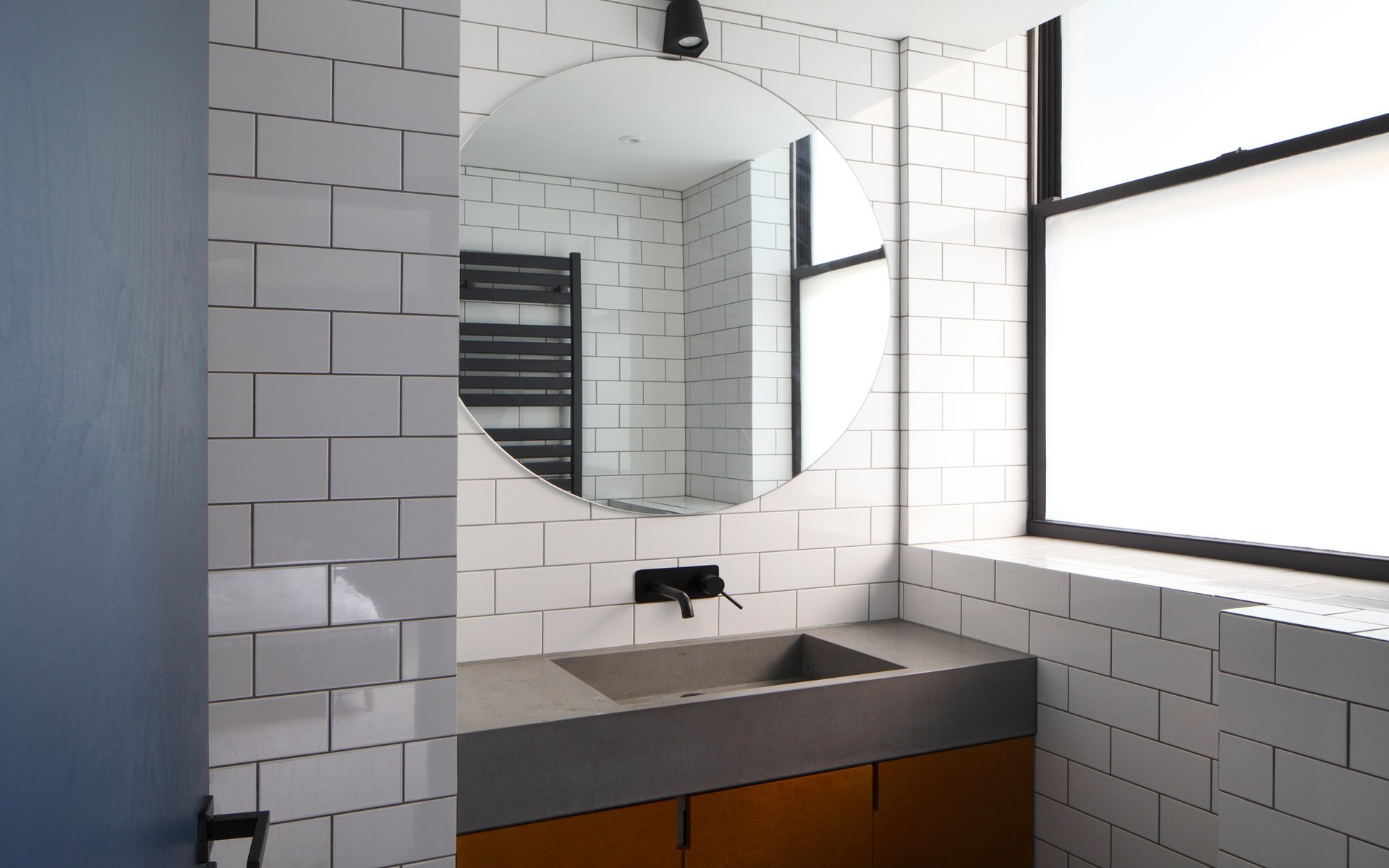 Details
Project
St. John St.
Location
Clerkenwell, London
Stages Completed
1-6
Description
MortonScarr has delivered the complete remodelling of a large two bedroom apartment in a converted warehouse in central London. Our client, a young professional, wanted a rationalised open plan living area, removing dead space and dark corridors. The design brief called for a contemporary mixture of warehouse and brutalist styles, with the use of concrete surfaces and exposed brickwork.

The original apartment was fully stripped out, and a new layout formed which provides open plan living, dining and kitchen spaces, alongside two further bedrooms, a family bathroom and a master ensuite.

Key features of the new design include doors to all rooms which fold back into walls to appear flush, full height pocket sliding doors to the living room and internal windows to provide borrowed light between rooms and increase the feeling of openness throughout the apartment.

The open plan kitchen, living and dining spaces feature a micro cement floor throughout, with black painted shelving hung from the ceiling to act as dividers between the open plan areas as well as being populated with hanging and trailing plants. These shelves also feature in the hallway, lining both sides to act as a feature storage unit for the client, who had a background in DJing.

The kitchen was of a bespoke design, part of a joinery package throughout which was designed by MortonScarr, which also included wardrobes and cloakroom joinery, alongside bathroom storage units. The bathrooms feature strong geometric designs, with tiled recesses and backlit mirrors. The Brutalist design aesthetic is also amplified by the use of cast concrete basins, and black painted taps. 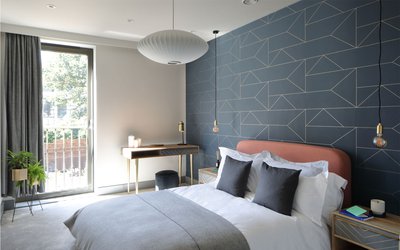 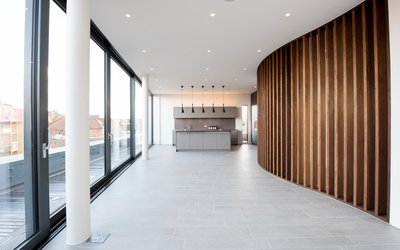 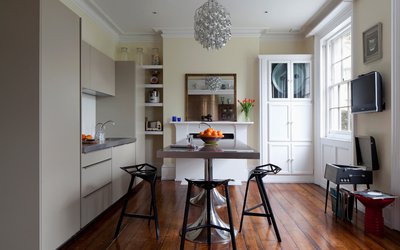